Cinema a Go-Go is back in June with our first virtual double feature! Come join us on Friday, June 26, when we'll present a night of Roger Corman black comedies - A Bucket of Blood (1959) and the original Little Shop of Horrors (1960).

This event is free; all we need is your name and email address in this web form, and you will get the exclusive log-in information for the event. Besides this great bad movie, Darrell will have a giveaway* at the end of the film. A link to sign up for the giveaway item will be placed in the zoom comment section periodically throughout the movie.

A Bucket of Blood was Corman's first comedy, albeit a black comedy that spoofs beatnik culture, teen films of the '50s and even Corman's own films. Impressionable busboy Walter Paisley (Corman regular Dick Miller) pines for waitress Carla at the beatnik hangout where they both work. While trying to create a sculpture to impress Carla, Walter accidentally 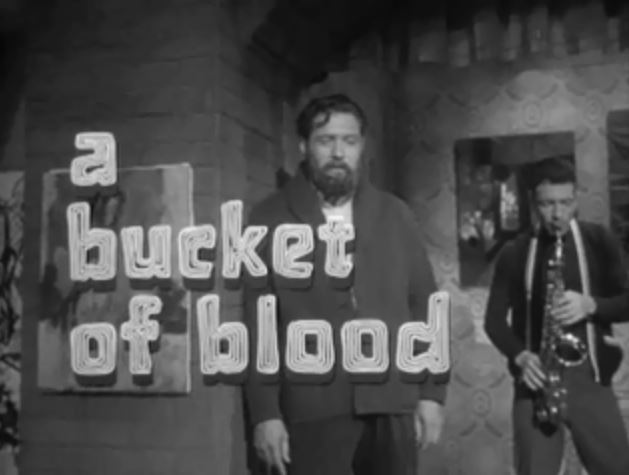 kills a cat (don't ask). Walter panics and covers the cat's corpse in wax. Soon Walter is hailed as a talented sculptor and is pressed to create more, similar works. And that's when the "fun" begins.

The plot has similarities to the classic horror film Mystery of the Wax Museum (1933), in which a mad sculptor encases dead bodies in wax. Reportedly shot in five days on leftover sets from another film on a budget of $50,000, the film actually got decent reviews! Some critics considered it Corman's best work to date.

Little Shop of Horrors (1960) apparently had an even smaller budget and was reportedly shot over a couple of days. Nebbish Seymour Krelborn works at Gravis Mushnick's skid row flower shop, where he's managed to cultivate a strange looking plant he names Audrey Jr., after sweet Audrey Fulquard, who also works in the shop and is the object of Seymour's affection. Pretty soon poor Seymour discovers that Audrey Jr. is indeed a very strange plant. For starters, it feeds on human blood. And eventually it starts to talk, demanding more blood, which Seymour provides 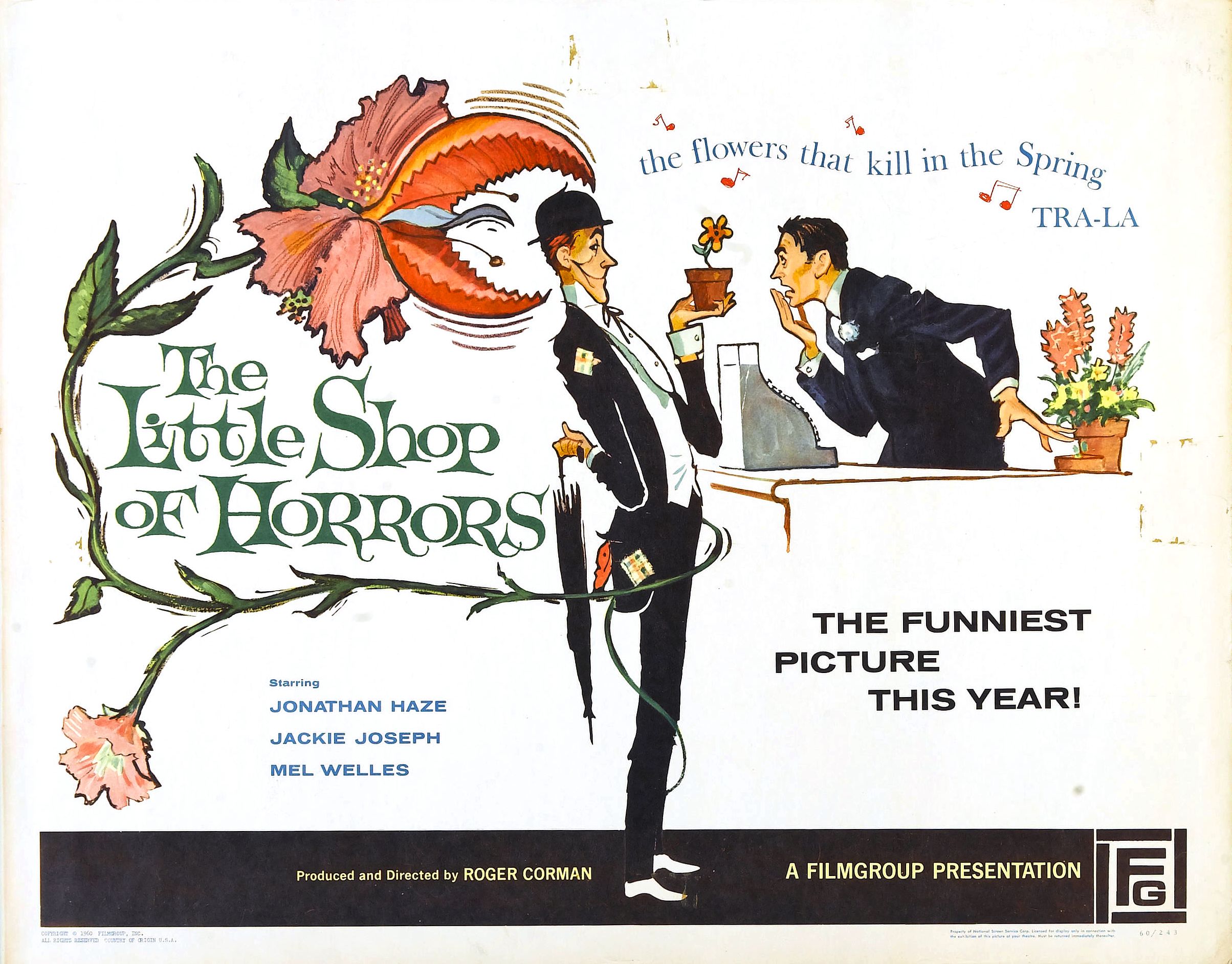 by offing a series of skid row bums.

Jack Nicholson makes a brief appearance as masochistic dental patient Wilbur Force (again, don't ask). Little Shop of Horrors got generally favorable reviews upon its release, although it went out as the bottom half of a double bill.

This event is free of charge...but we welcome contributions to support Retro Cocktail Hour and all KPR programming by clicking here. If you have any questions, reach out to Bobbi at bwashechek@ku.edu (link sends email).

This event requires access to a zoom account. You can download zoom here. When you get to that zoom download page, you will select "Zoom client for meetings." Once you have that downloaded, open the app and create your zoom account that way you'll be ready to go for the movie Friday, June 26!

Thank you to our event sponsor Dr. Chronister of Healing Smiles of Topeka.

*Must be "virtually" present to win!

A Bucket of Blood