It's a female-centric night of film noir thrillers at KPR's next Virtual Cinema a Go Go! Join us on Friday, August 26, at 7 p.m. for a screening of Blonde Ice (1948) and The Hitch-Hiker (1953). Don't forget to claim your virtual ticket here.

Blonde Ice (1948) is a "deliciously nasty" noir about a devious society columnist who likes to seduce wealthy older men and then bump them off for their money. She's about as bad as they come, eagerly framing an ex-boyfriend for murder, among other things.

Blonde Ice is somewhat undone by its low budget, but it has something of a cult following. And how can go wrong with THAT title? Director Jack Bernhard only made about a dozen films, including such B-level classics as Decoy and Unknown Island (which we've seen previously at Cinema a Go-Go).

Star Leslie Brooks began in bit parts, eventually moving up to second leads - but almost always as seductive dames with evil intentions. Robert Paige was a capable actor often trapped in B-films like Emergency Squad and The Girl and the Monster. He's the much put-upon former lover who gets fitted up for a murder charge in this one!

Our second feature is Ida Lupino's The Hitch-Hiker (1953), a well-made film noir starring Edmond O'Brien and Frank Lovejoy as two fishermen who pick up a psychotic hitch-hiker who's already murdered a bunch of people and intends for them to be next! 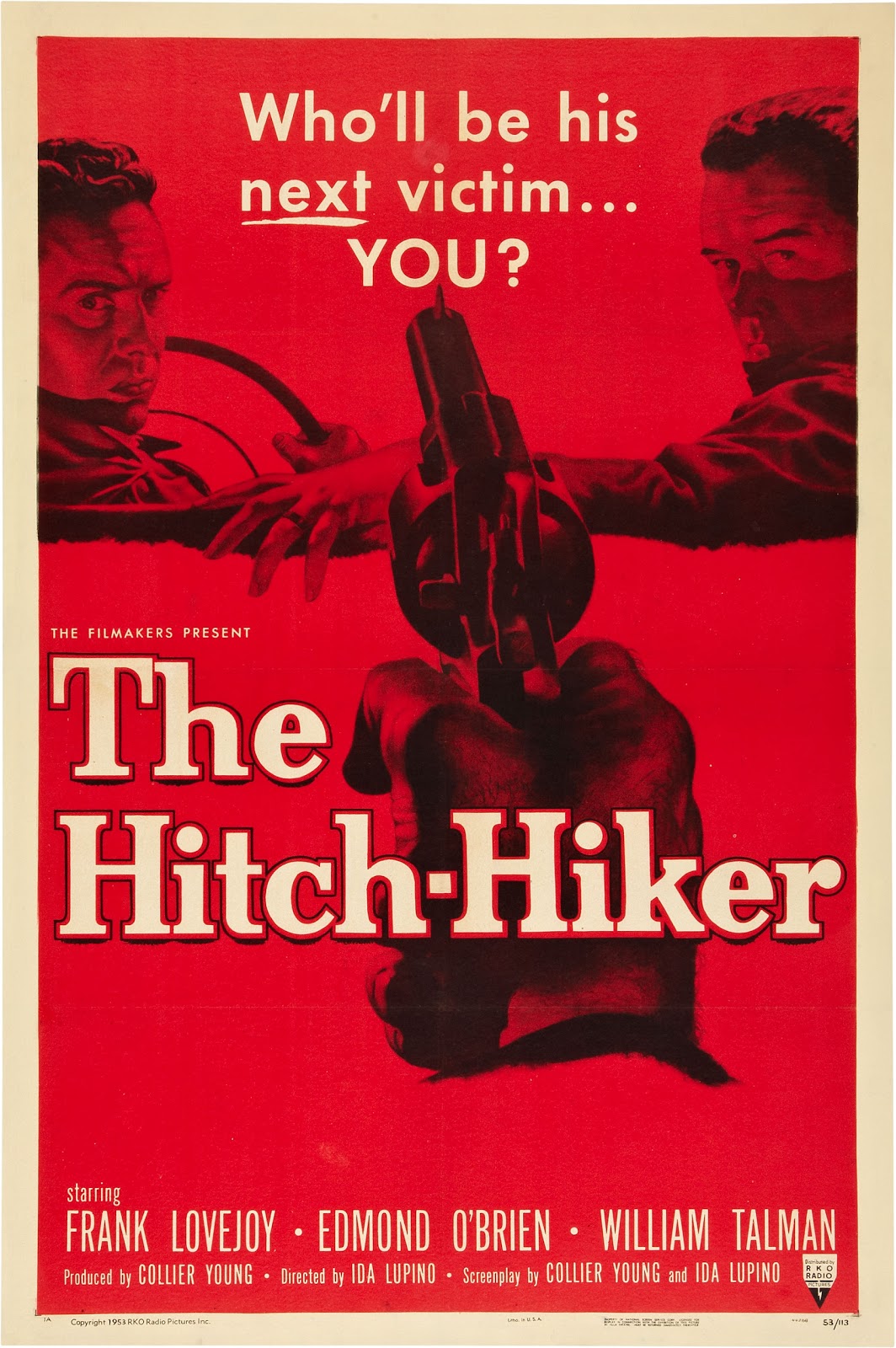 Actress Ida Lupino had already directed a couple of films by this time, and The Hitch-Hiker is notable as the first American mainstream film noir directed by a woman. Lupino and then-husband Collier Young co-wrote the script, which is based on the true story of spree killer Billy Cook, who murdered five people in a 22-day rampage that started in Joplin, Mo., and ended in California.

The psycho killer in this film is played by William Talman, who later appeared as Hamilton Burger, the district attorney who always came up short against Perry Mason on the long-running TV series.

The Hitch-Hiker was shot in about four weeks during the summer of 1952. It opened to little fanfare in 1953 but got some pretty good reviews. In recent years, the film's been restored and screened by the Film Noir Foundation in San Francisco.

Admission to KPR's Cinema a Go-Go is always free, but you must sign up for access credentials at the link here. Thank you to Dr. Stephen Chronister, Healing Smiles of Topeka, for sponsoring this virtual cinema night!