It's another treat for lovers of film noir at KPR's next Virtual Cinema a Go-Go! Join us on Jan. 14, at 7 p.m., for a virtual screening of director Phil Karlson's low budget thriller Kansas City Confidential (1952). A corrupt ex-cop (Preston Foster) recruits three of the most vicious and unrelenting criminals he can find (familiar screen heavies Lee Van Cleef, Jack Elam and Neville Brand) to undertake a Kansas City armored car robbery, blackmailing them into the heist with incriminating evidence from their past misdeeds. A down-on-his-luck salesman (John Payne) gets framed for the crime and - after he's released for lack of evidence - decides to track down the real culprits. 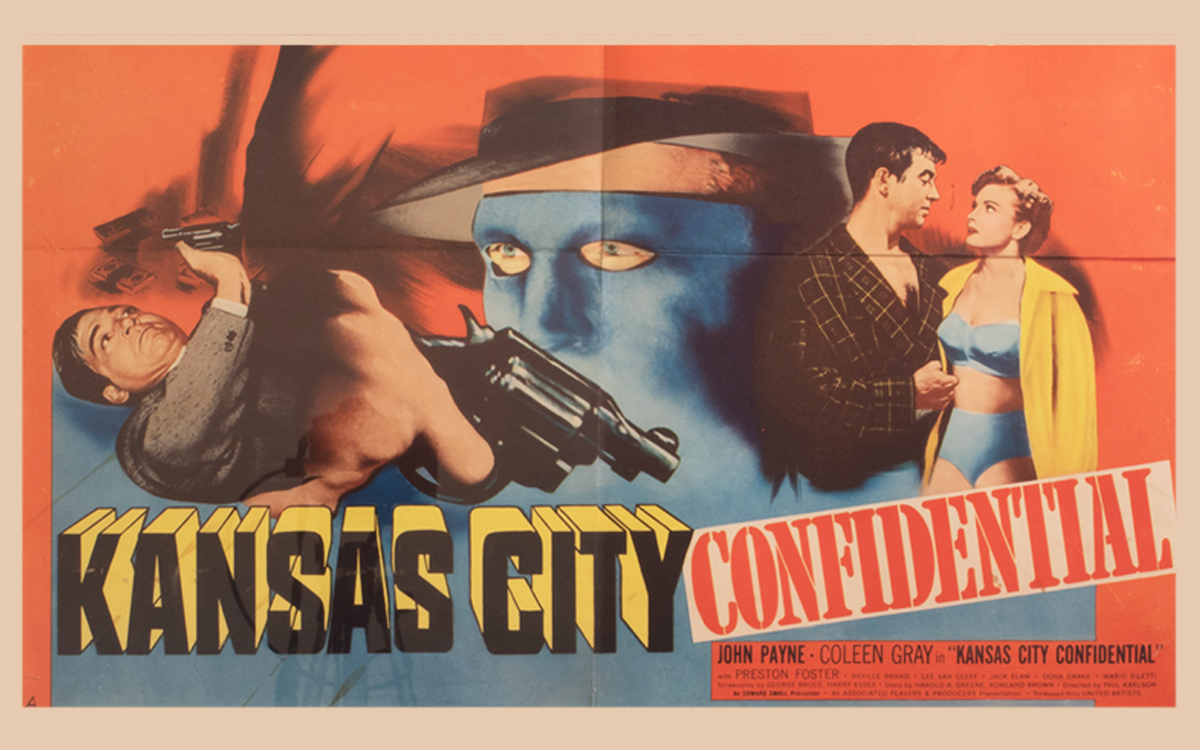 While it's not as well known as some other film noir classics, Kansas City Confidential is a pretty effective trip to the dark side. The plot has plenty of twists and turns - even though not all of them make sense - and for its time, this is a pretty violent film, with an abundance of face slapping, gut punching and groin kicking. Plus, how can you miss with a cast featuring some of the screen's best bad guys? Rumor has it Kansas City Confidential is the inspiration for Quentin Tarantino's Reservoir Dogs and there ARE quite a few similarities!

Also on the program, an episode of TV's Peter Gunn (1958-1961) starring KU alum Craig Stevens. Gunn was the first TV private eye created (by Blake Edwards) for television, rather than being adapted from other media. 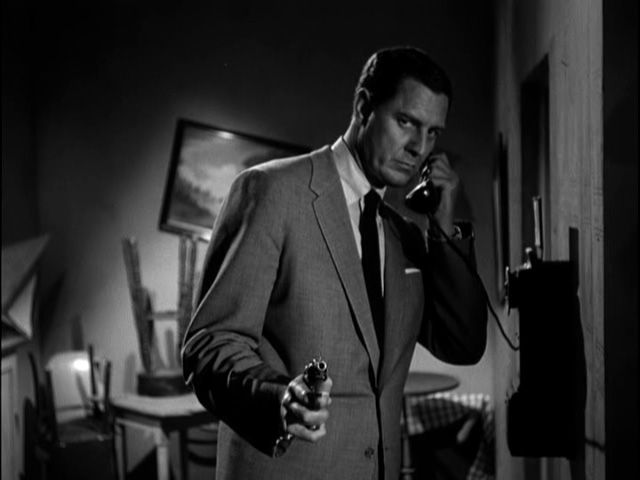 Peter Gunn is a suave, well-dressed private eye who likes cool jazz and operates in a gloomy waterfront city where he hangs out at Mother's, a smoky wharfside jazz club. The series is notable for Henry Mancini's distinctive jazz score, performed by a small group of West Coast musicians including trumpeter Pete Candoli, drummer Shelly Manne, saxophonist Ted Nash and a young pianist named John Williams(!), among others.

This event is free to attend, but you must sign up to receive access credentials here: Virtual Cinema a Go-Go Sign Up Form. We hope to "see" you there!