As usual, it's a challenge to choose my very favorite jazz CDs of the year, but the process of revisiting many of this year's fine releases has been rewarding. On the Dec. 30 Jazz in the Night, I'll play tracks from 21 albums from 2014, and I have narrowed those down to come up with this list of top ten jazz releases of the year, in alphabetical (by artist) order. 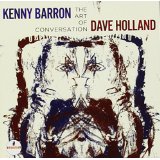 One of the first releases of the newly revived Impulse label makes a fitting addition to that label's legendary output. Two masters, pianist Kenny Barron and bassist Dave Holland, sparkle in ten duo performances, with the music of Charlie Parker, Thelonious Monk and Billy Strayhorn along with impressive original compositions. 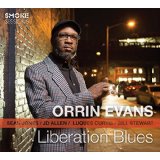 Orrin Evans, Liberation Blues (Smoke Sessions)
The jazz club simply known as Smoke, on New York City's Upper West Side, releases superb live albums on the Smoke Sessions label. While there were noteworthy releases this year from the likes of Jimmy Cobb, Cyrus Chestnut, Eric Reed and others, my pick from Smoke Sessions is this disc by pianist Orrin Evans, centered around the Liberation Blues Suite, paying tribute to the late bassist Dwayne Burno with several of his tunes. With Evans, bassist Luques Curtis and drummer Bill Stewart throughout, plus several tracks with trumpeter Sean Jones, tenor saxophonist JD Allen, and a guest spot for singer Joanna Pascale, this live date showcases both the performances and fine composing of Orrin Evans. 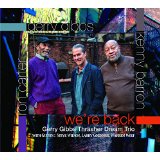 Drummer Gerry Gibbs, nicknamed "Thrasher," is again joined by pianist Kenny Barron and bassist Ron Carter in his Dream Trio, but on this 2nd release, there are guest spots for vibist Warren Wolf, organist Larry Goldings, and saxophonist Steve Wilson for a collection rooted in soul and R&B music of the '60s and '70s, with tunes by the likes of Stevie Wonder, Marvin Gaye, Ralph MacDonald, and Earth, Wind and Fire. 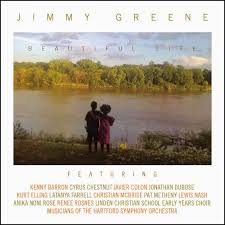 Jimmy Greene, Beautiful Life (Mack Avenue)
Saxophonist Jimmy Greene lost his daughter Ana Grace Marquez-Greene at the age of six, when she was among the victims of the Sandy Hook school shooting on Dec. 14, 2012. This album is his celebration of his daughter's short, but beautiful, life. Greene's compositions about his daughter include Last Summer, inspired by the photograph of Ana and her brother that graces the cover of the CD, and Ana's Way, featuring guest vocalist Kurt Elling. There are two duos with pianist Kenny Barron, including one of Ana's favorite songs, Maybe, and, at the end of Greene's performance of Come Thou Almighty King, Ana herself is heard singing that hymn. 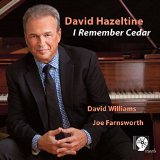 Pianist David Hazeltine would regularly attend the Village Vanguard on Christmas Eve each year in New York City to catch legendary pianist Cedar Walton's annual gig there. Walton was one of the greatest influences on Hazeltine, and Hazeltine pays tribute to Walton, who died in 2013, on this collection of nine Walton compositions, including Holy Land, Cedar's Blues, and Fiesta Espanol, as well as the standard Over the Rainbow, which Walton once played live for Hazeltine and his wife while sending them a bottle of champagne. Joining Hazeltine are bassist David Williams and drummer Joe Farnsworth. 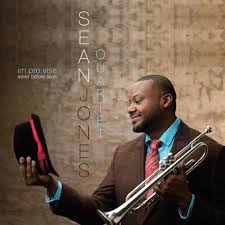 Sean Jones, Im-pro-vise Never Before Seen (Mack Avenue)
Trumpeter Sean Jones has usually had other horn players in the front line of his albums, but here, while celebrating his decade with Mack Avenue Records, it is just Jones and the outstanding rhythm section of pianist Orrin Evans, bassist Luques Curtis and drummer Oben Calvaire. There's a tasty mix of tempos and colors on Jones' eight original tunes, and a quite fresh take on the standard How High the Moon, plus tunes by Stephen Sondheim and the pianist here, Orrin Evans. 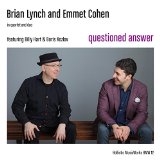 When Brian Lynch hit the scene in the 1980s, he was hired by the likes of Horace Silver, Toshiko Akiyoshi and Art Blakey. Now he extends a musical opportunity to a new pianist on the scene, Emmet Cohen. I saw Cohen in a jam at the Zinc Bar in New York three summers ago and was very impressed, and here he works as a fully equal partner with Lynch on the duo tracks; they are joined on some others by bassist Boris Kozlov and drummer Billy Hart. Highlights include Lynch's piece, Cambios, and a gorgeous duo reading of How Deep Is the Ocean. 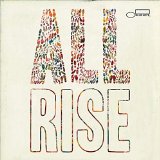 Jason Moran, All Rise: A Joyful Elegy to Fats Waller (Blue Note)
Pianist Jason Moran brings a fresh take to the music of the legendary Fats Waller, using stride piano as well as contemporary rhythms and electronics, as well as the vocals of co-producer Meshell Ndegeocello and Lisa E. Harris. With the help of the likes of trumpeter Leron Thomas, trombonist Josh Roseman, bassist Tarus Mateen and drummers Charles Haynes and Nasheet Waits, Morans' conceptions breath new life into the likes of The Joint Is Jumpin' and Honeysuckle Rose. The most exciting track may be the closing medley of Sheik of Araby and I Found a New Baby. 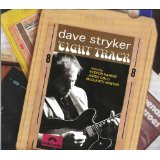 Inspired by the pop and soul music he would hear in his car on an 8 track player back in the 1970s, guitarist Dave Stryker, with the help of vibist Stefon Harris, organist Jared Gold, and drummer McClenty Hunter brings us cooking jazz takes on the likes of the music of Curtis Mayfield, the Fifth Dimension, the Jackson 5, the Spinners, Stevie Wonder and others. This may be the most fun jazz release of the year, with catchy hooks, great melodies and plenty of hard swinging jazz content as well. Plus, it's hard to beat this cover art. 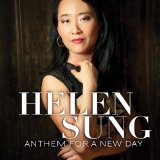 Pianist Helen Sung's previous recordings have been for small labels with limited budgets and distribution, so her major label debut on Concord Records afforded Sung both a greater recording budget and much higher visibility. She has certainly taken advantage of that opportunity with this impressive new album, featuring the likes of saxophonist Seamus Blake, trumpeter Ingrid Jensen, bassist Rueben Rogers and drummer Obed Calvaire. There's some outstanding Sung originals, notably Brother Thelonious as well as the title track, plus terrific versions of Chick Corea's Armando's Rhumba (with special guest Paquito D'Rivera) and Never Let Me Go (with special guest Regina Carter) as well as music by Duke Ellington, Thelonious Monk and Stanley Cowell.