In 2005, Kansas Public Radio founded the Dick Wright Legacy Society in an effort to honor the memory of one of the radio station's finest. 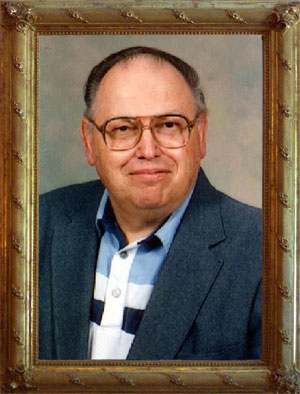 Dick Wright began his career at KANU in 1956 as the music librarian and as a jazz specialist. He helped give direction and form to the KANU record collections, cementing KANU's spot as a nationally-known source for great jazz programming.

In 1961, Dick was named KANU station manager. Dick gave up the station manager's reins in 1977, but continued to do his popular Saturday show, The Jazz Scene. He emceed countless jazz concerts throughout the Midwest, was an accomplished jazz and opera singer and taught jazz history courses at the University of Kansas.

His personal library of jazz recordings was, in itself, legendary. The owner of tens of thousands of albums, he donated 20,000 recordings to KU for the start of its Jazz Archives.

When Dick died in 1999, he left behind family, friends, colleagues and listeners who remember his easy laugh, his tremendous knowledge and his generous heart.