Kansas has seen explosive growth in early-ballot requests as the state nears the fall election. Stephen Koranda of the Kansas News Service has more on what could be a record-breaking election taking place during a pandemic.

LAWRENCE, Kansas — Kansas could see record-breaking turnout in the Nov. 3 general election, even during a pandemic.

It’s too late to register to vote for this election, but you have until Oct. 27 to request an advance ballot.

Want to know more about the major races in Kansas? The Kansas News Service has a full guide to the U.S. Senate and congressional races so it’s easy to see where the candidates stand on major issues.

And now, answers to five important questions about voting in Kansas.

How do I return my mail-in advance ballot?

Already, the secretary of state’s office has mailed about three times as many ballots for this election compared to the last presidential election.

Voters can return their mail-in ballots to their county election office, at secure drop boxes, any early-voting location or at any Election Day polling place in their county.

Speaking of those drop boxes, Kansas spent more than $350,000 to help counties buy them, but there’s no statewide database of locations for security reasons. Contact your county election office to find out where they are.

And when you part with your mail-in ballot, you can track it online.

Ballots must be postmarked by Election Day. Secretary of State Scott Schwab says if you’re going to mail your ballot back, make sure to send it early enough to arrive within three days after the election — otherwise it won’t be counted.

“Fifteen hundred ballots didn’t get counted in the primary,” Schwab said in an interview. “Now, out of over 350,000, that’s a very low percentage, but it’s still 1,500 votes that weren’t counted because they didn't show up on time.” 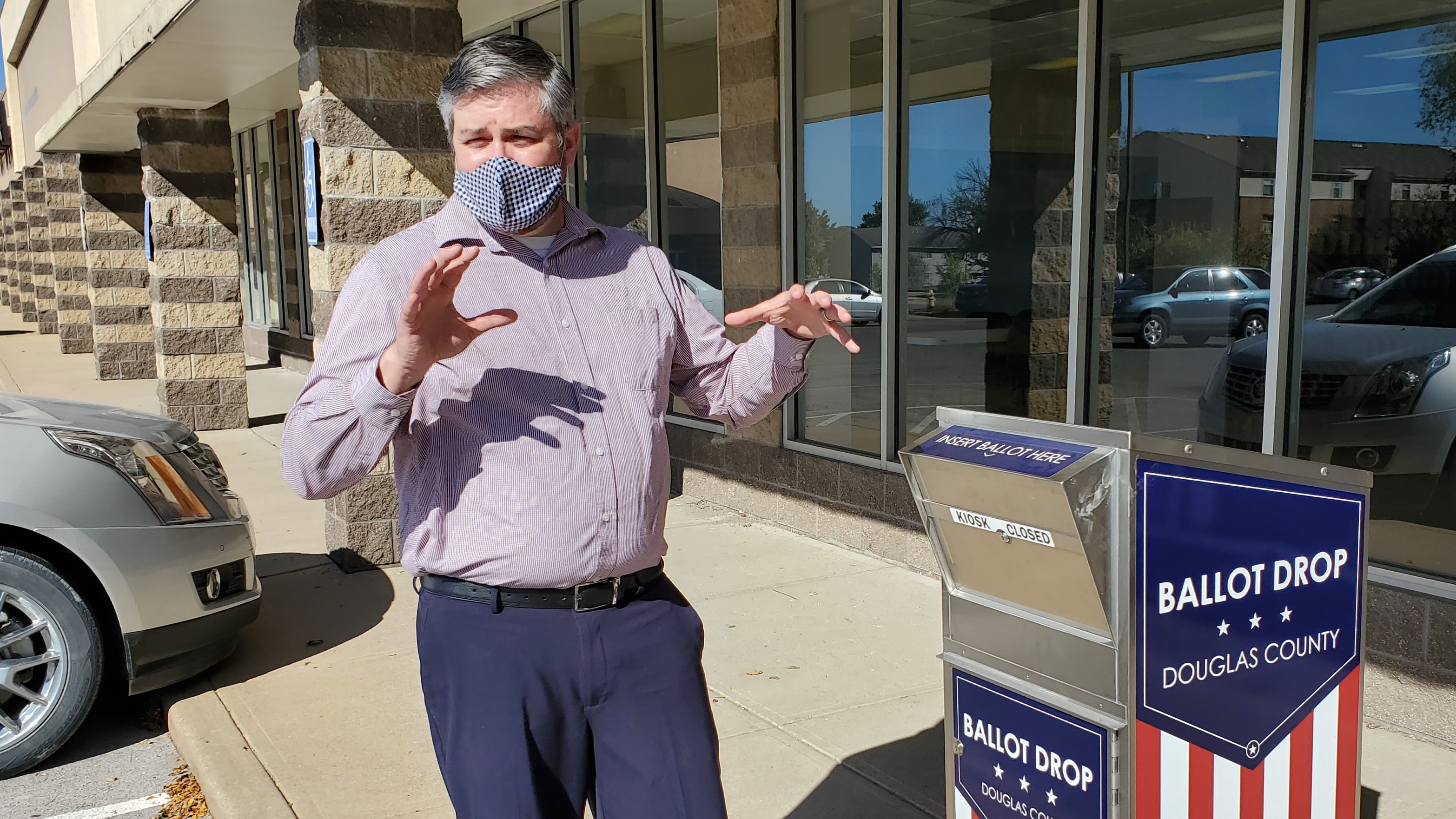 How can I vote in person?

Early voting is already underway in many places; county election officials decide the locations and hours. By law, all counties must allow early voting by Oct. 27th and it runs until noon Nov. 2.

Polling places will be open for the Nov. 3 election from at least 7 a.m. to 7 p.m., although counties can extend those hours.

You’ll need to show a photo ID at the polling place.

Is my polling place still the same?

Because of the coronavirus, some counties have had to stop using nursing homes or schools for polling places. Some polling places have been combined, and in Wichita, sports arenas are serving as large early-voting sites to accommodate a lot of voters while maintaining social distancing.

Long story short, finding your polling place before Election Day is a good idea, because it may have moved.

Is it safe to vote in person?

Kansas spent $4.6 million in federal funding to help the election go smoothly. A million dollars went to protective equipment for the polls, and at least $2.6 million is being set aside to reimburse counties for their expenses related to voting during the coronavirus.

Schwab said like in the primary,  there will be protective screens and social distancing at voting locations. Because of that, you might run into long lines, although that won’t necessarily mean long wait times.

“If you come up to a polling place and it looks like the line’s out the door, don’t be discouraged. It’s just because we don’t want to compact people into a building,” he said. “Just go ahead and get in line. It’s moving quickly.”

Are there enough poll workers?

After a statewide push, and a lot of interest in the presidential election, Schwab said most areas have enough poll workers.

“Don’t forget us next year, or the year after,” Shew said in an interview. “I see this as an opportunity to kind of get those people excited about working and maybe really help us for the next few cycles.”