HAYS, Kansas — After 25 years in the trucking business, Carol and Dan Buck decided to move from Nebraska to western Kansas and start farming. They landed in Grinnell, a town of just over 200 people between Hays and Colby on Interstate 70.

With a relatively small plot of land, they knew they needed to find a niche to make a go of it. So four years ago, they began growing lettuce using a hydroponic greenhouse system that requires less water and less space than traditional farming.

It was a bit of a risk in a part of the state that’s dominated by cattle ranches and commodity crops, not local farmers’ markets.

“We really did not know if this was going to work in this area,” Dan Buck of 4B Farm said. “We kind of feared we were gonna have to go to Kansas City (or) Denver.”

It took a while to build up a customer base for their leafy greens, especially because chain grocers like Dillons and Walmart wouldn’t buy them.

But they found success selling lettuce to schools for student meals. And the reviews were positive.

“They said, ‘We do not have kids throwing salads away like they used to,’” Dan Buck said.

By early last year, the Bucks had agreements with the two largest districts in western Kansas, Garden City and Dodge City, to provide produce for more than two dozen schools. That meant a lot more lettuce.

“We were geared up for them,” Dan Buck said. “Then COVID kind of threw a monkey wrench in that.” 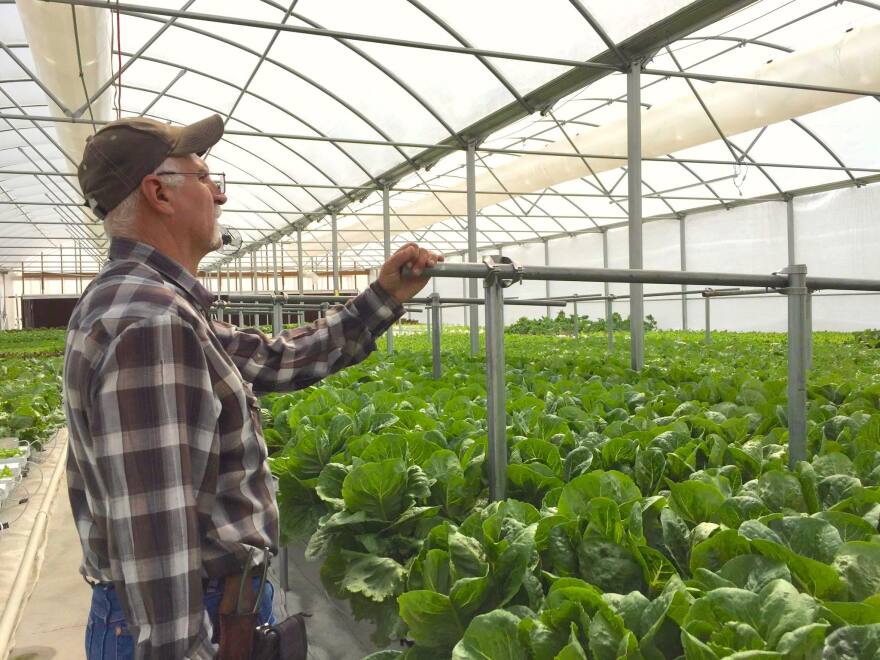 When schools didn’t start back up after the 2020 spring break, the Bucks had to toss out piles of produce that went bad and donated a bunch more to food banks. Last school year, many districts — including Garden and Dodge — didn’t buy anything.

With the first day of school just days away, the Bucks are still waiting to find out how much of their greens might land on students’ plates this year. So far, they haven’t heard from Garden City and only have an order for one of Dodge City’s schools.

As Kansas COVID vaccination rates remain below 50% and more contagious variants of the virus fuel new outbreaks, the pandemic is casting uncertainty over yet another school year. That threatens to disrupt one of the channels built to help more local farmers find a market for their products: the state education department’s Farm to School program.

And because farmers like the Bucks need months to get their crop ready for harvest, their options are to wait it out — or risk growing excess produce that might not find a buyer.

“We can’t just say, ‘Well, Dodge City wants to come on, so next week we’ve got the lettuce,’” Carol Buck said. “It doesn’t work that way.” 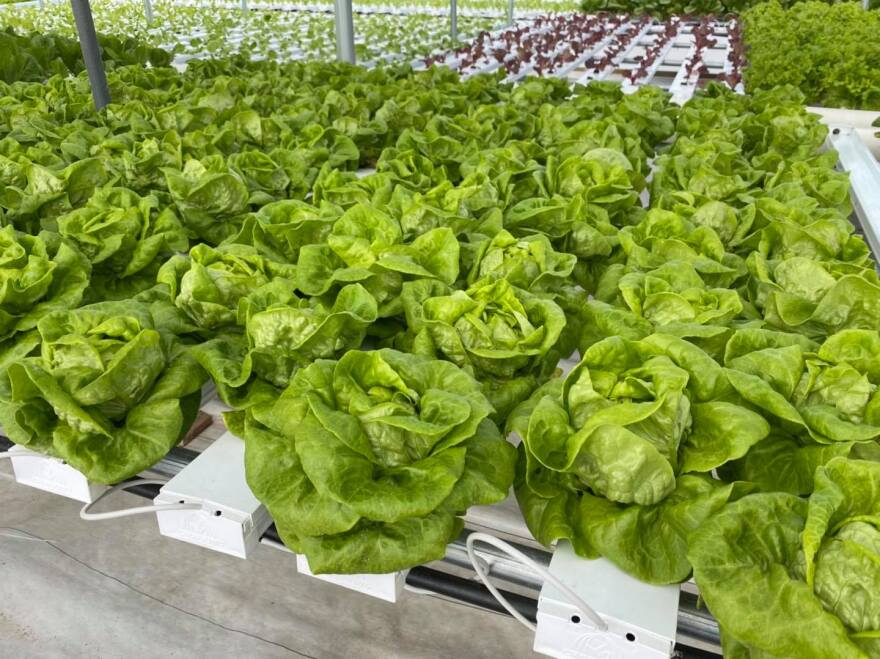 The Farm to School program began 13 years ago when the federal Farm Bill was updated to encourage child nutrition programs to purchase unprocessed, locally grown agricultural products. Its goal is simple: Connect schools with local farms that grow food for student meals.

In theory, it’s a proposition that could help the schools, the farmers and the students who benefit from fresher, healthier diets and interactive education about what they eat.

For the Bucks, who drive up to 1,000 miles a week delivering greens to mom-and-pop grocery stores, local restaurants and hospitals across western Kansas, joining the Farm to School program offered steady income. It’s also a way to expand the region’s mindset about agriculture.

“One of the main things was to help the kids realize that, ‘Hey, there's something else you can do in northwest Kansas besides grow corn, wheat and cows,’” Carol Buck said. “You can grow lettuce, too.”

Some schools have visited the Bucks’ greenhouse for a field trip. Others show students photos of the food growing on farms and explain the journey it took to get to their plate. 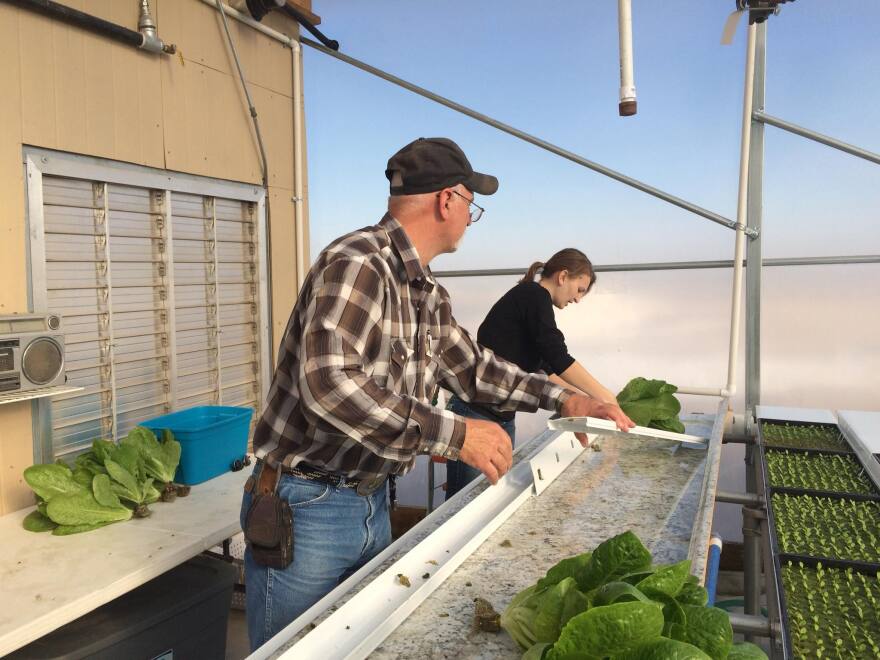 Barb Depew, director of the state’s Farm to School initiative, said that the program’s educational component should make it an easy sell in Kansas.

“Kansas is an agriculture state,” Depew said. “So we need to have that type of education in our programs.”

But Depew and the Bucks both said that many schools and farmers continue to be either unaware of the program or unsure about how to get involved.

“The biggest barrier has been just making … that initial connection to the producer, to the school,” Depew said. “Who talks to who first?”

Earlier this year, Farm to School partnered with Shop Kansas Farms to create an interactive map that shows participating schools and farmers and provides ways for them to connect with each other.

With so much uncertainty swirling around the start of this school year already, getting schools to book a supply of fresh produce for the coming year could be a tough sell.

“Right now, our schools are very taxed for time,” Depew said. “Who knows what (the next school year’s) going to look like?” 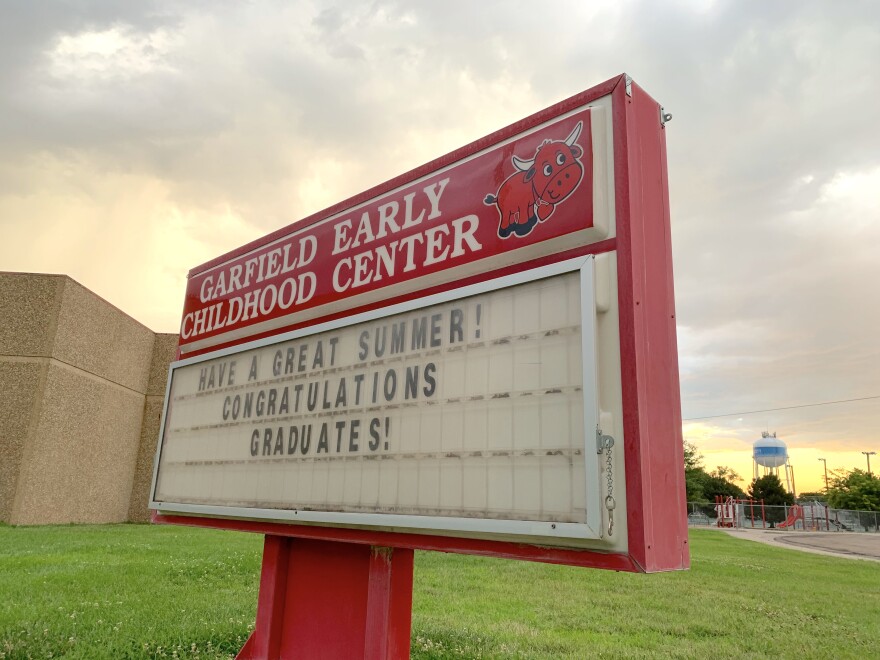 Like many districts nationwide, Garden City switched its roughly 7,500 students to remote learning for part of the 2020-2021 school year because of the pandemic. Even when the district returned to in-person classes, a lot of parents chose to keep their children home.

With COVID cases on the rise again, it’s hard to know how many kids will show up this fall.

“It's very, very hard to forecast what amounts (of food) we're going to need,” said Tracy Johnson, the director of nutrition services at Garden City public schools. “Right now, it's kind of a guessing game.”

What’s more, Johnson said she’s not sure what types of foods might be available when the school revisits its participation in the program over the coming months.

Before last year, the district had bought milk and wheat flour locally, peaches from a farm near Abilene and lettuce from 4B Farm in Grinnell.

But she said that even though Garden City is surrounded by agricultural land, farms like the Bucks’ have become few and far between. In fact, Kansas vegetable farming currently ranks 56th in the state’s report on agricultural economic output, behind phosphatic fertilizer and dehydrated food products.

So, even if schools want to serve kids more local food, it can be hard to find a steady supply of those products nearby.

“It is a little more difficult,” Johnson said. “We do not have a lot of fruit and vegetable vendors here in western Kansas.”