Kansas state Representative Aaron Coleman could face a second complaint from his fellow Democratic lawmakers following his arrest last month for an alleged domestic battery. And it appears less likely he’d emerge with a simple reprimand like he did last time.

Coleman, from Kansas City, Kansas, was the subject of a legislative complaint earlier this year based on allegations that he abused and threatened women before taking office. An investigative committee ultimately dismissed the charge and issued an informal letter of reprimand.

Coleman has a history of allegations of abuse and harassment. The 21-year-old narrowly defeated an incumbent in last year’s election. That prompted calls to remove him when the allegations came to light. He was also recently banned from a state Department of Labor facility. 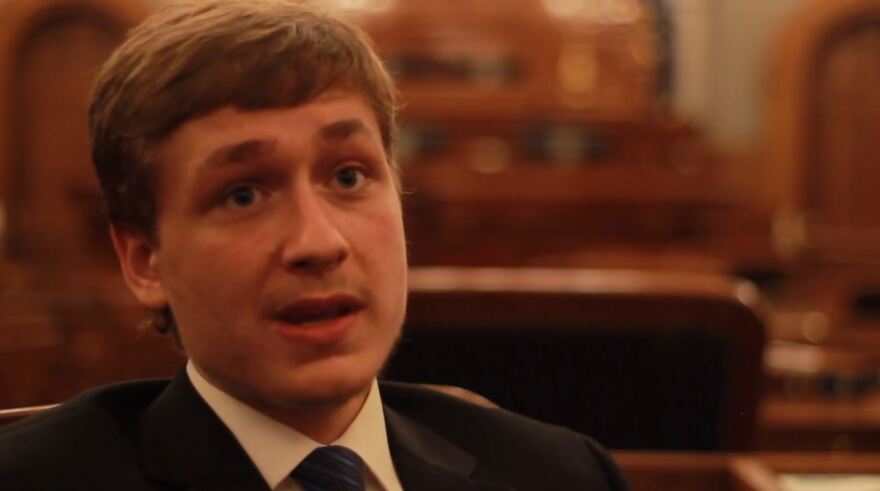 Democrats on the committee earlier this year initially wanted harsher punishment — like a formal censure or expulsion from the Legislature.

“There has to be something done, because otherwise this is a slap in the face to all those people who are his victims,” Democratic Rep. Cindy Neighbor said at the January hearing.

But those efforts couldn’t advance because Republicans didn’t want to take more severe action over fear of setting a precedent. They said there was no previous instance of a lawmaker facing discipline for actions before they took office.

“I don’t want to set a precedent that has never been done before in Kansas history,” Republican Rep. John Barker said when opposing any formal action against Coleman.

If lawmakers file a new complaint against Coleman, committee members wouldn’t have the same concerns about setting a new precedent. In this case, Coleman would face discipline for actions he took while he was a sitting lawmaker.

Few details have so far been released on Coleman’s arrest last month, but court documents appear to show the battery charge stems from an alleged altercation with a family member. It appears that the family member may be Coleman’s brother.

A group of women Democratic legislators say they will file a new complaint seeking expulsion if Coleman doesn't step down following the battery charge.

“We are alarmed that an individual remains in a position of power after continued documented accounts of violence,” the lawmakers said in a statement. “The message must be sent that violence and dangerous conduct won’t be tolerated.”

One of those lawmakers, Democratic Rep. Jo Ella Hoye, said the women had not set a deadline for Coleman to resign or face a new complaint.

If a new complaint is filed, a committee would be created to investigate. That panel would then decide whether to dismiss the complaint or recommend some disciplinary action to the full House, which could admonish him or kick him out of the Legislature.

With the 2022 session slated to start January 10, it’s unlikely a special investigative committee would be formed and consider a complaint before the next session starts.