Much of the state’s housing stock has been aimed where the money is — high-priced single-family homes or taxpayer-subsidized affordable housing.

Ryan Vincent, executive director of the Kansas Housing Resources Corporation, said that leaves a huge chunk of the population in the middle without many options for making Kansas home.

“That’s our teachers. It’s our police officers. It’s our nurses and the people that our society depends on to function,” Vincent said. “That moderate income housing band is absolutely essential for virtually every community, rural and urban alike.”

The report from the state and the Kansas Housing Resources Corp. surveyed more than 4,000 Kansans earlier this year and analyzed data from the U.S. Census to paint a picture of the state’s most pressing housing challenges and potential solutions.

Vincent said the state’s lack of middle income housing has been a consistent theme he’s heard from Kansans at the assessment’s listening sessions, which continued this month with stops in Hays and nine other cities statewide.

Especially with this year’s rise in the price of construction materials, the cost to build a small- to medium-sized house in rural Kansas often exceeds the finished home’s value upon appraisal.

“We’re hearing from communities from Salina to Iola to Norton that there’s employers wanting to come in and bring in good-paying jobs,” he said. “But the housing, the homes are what's holding us back.”

Vincent points out that housing stability is also a key factor in shaping the health and education outcomes for Kansas families. He said that’s felt across the state.

“If this pandemic has taught us anything, it’s that we’re all interdependent and interconnected,” he said. “We all benefit when we have enough healthy, affordable, accessible homes across our state in every region.” 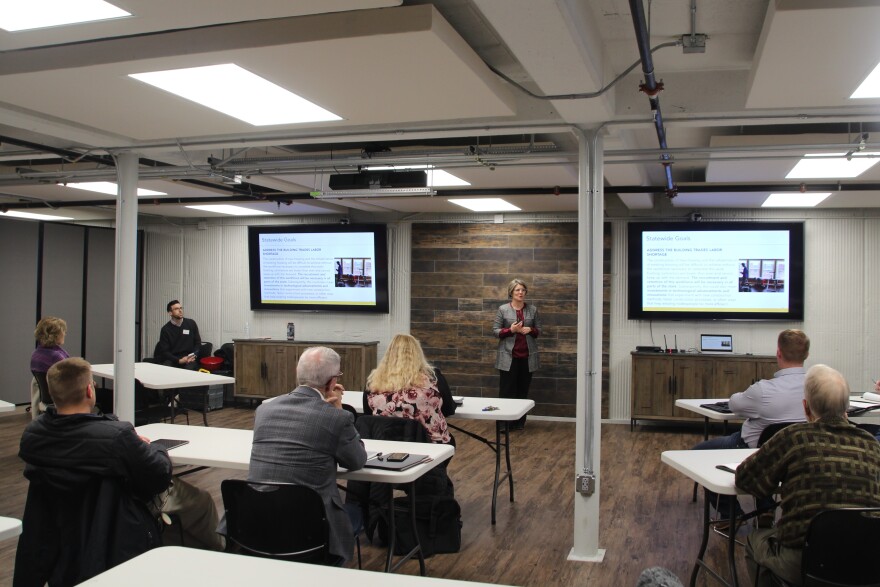 An issue of survival

So what will it take to meet this critical need across Kansas?

Another solution that could address Kansas' housing shortfall would be to expand funding for a program that has already seen success.

The state’s moderate-income housing grant program has helped some rural towns take on new housing projects over the past nine years. For example, Dodge City has used those state tax dollars to fund a partnership with the local community college where students build moderately priced duplexes as part of their construction training.

But the state funding for that program — currently $2 million a year — doesn’t come close to meeting the demand, so many communities that apply for the grant get turned away.

And the program is currently only available to places with less than 60,000 residents, so opening it up to larger cities could boost middle-income housing development in places like Wichita and Topeka.

State Treasurer Lynn Rogers, who attended the Hays listening session, said that the data in the report — illustrating Kansas’ widespread housing problems and the potential impact of real solutions — could finally help build the political capital needed to spur momentum in the Legislature.

“We’ve got the stats to help them understand that it’s a statewide issue,” Rogers said. “It’s not a partisan issue. It's a community survival, community growth issue.”

The full report and its recommendations will be released within a few weeks.