Listen to the Story

BERLIN — Hungary's Klubradio station broadcast its news program on Feb. 14 as it had for more than two decades. The next day it was pulled off the air.

Some 3.5 million people in the capital of Budapest, more than a third of the country's population, tuned in for the show, according to the station's head of news, Mihaly Hardy. Now devoted listeners stream it online only.

Klubradio is one of Hungary's last remaining independent stations that airs criticism of the government. It was forced off the airwaves after a court upheld an order by the nation's media authority not to renew its broadcasting license.

That was the latest blow to press freedom in a country where the right-wing populist leadership and its allies have increased control and influence over the media. The European Union's executive condemned the action, but critics say the EU hasn't done enough to punish its member state for repeatedly violating the bloc's democratic principles.

Klubradio listeners have grown accustomed to its precarious political situation, Hardy says. Eleven years ago, it lost 90% of its revenue shortly after Hungarian Prime Minister Viktor Orban came to power and ordered all state-backed companies to stop advertising on independent media outlets. Its fans stepped up with a pledge drive that, to this day, makes up for the loss in revenue, says Hardy.

He says his listeners demand independent news. "About 80% of the media coverage in Hungary is provided by either government-owned or government-run or pro-government media," says Hardy. "That includes 470 newspapers, TV stations, radio, websites, etc. We are the last major surviving independent radio station."

Reporters Without Borders said Hungary's Media Council used "trivial administrative grounds," such as claiming Klubradio failed to comply with music programming quotas, as the basis for silencing independent media. The journalists' organization, which ranked Hungary 89th on its latest World Press Freedom Index, said while the council is ostensibly independent, it has become politicized and appeared to be following orders from Orban's governing Fidesz party.

A spokesman for Orban emailed NPR a statement that read: "The recent decision regarding Klubradio is of legal nature by the independent judiciary. In Hungary the principle of separation of powers prevails."

Hardy says this couldn't be further from the truth. He and other media observers say Orban has cracked down on Hungary's free press for 10 years, and the EU response has been slow and weak. "The EU just sent in committees, they investigated and they filed reports. Then they made some speeches at the European Parliament, but nothing really happened," he says.

The EU's tepid response to Orban's chipping away of democratic institutions in Hungary is "complacency at the highest level," says Judy Dempsey from the think tank Carnegie Europe. "It is extraordinary because the whole architecture of the European Union was built on the fundamental issue of values, freedom of the press, division of powers, accountability, independent judiciary, checks and balances. And Orban has actually made a mockery of these values."

Dempsey and Hardy say German Chancellor Angela Merkel, if she wanted to, would have enough political and economic leverage to lead broad EU opposition to the Hungarian leadership.

For years, the Fidesz party was allowed to remain in the same political bloc in the European Parliament as Merkel's center-right party, helping to maintain the dominance of the bloc. On top of that, many big German companies do business in Hungary. That could also be the reason why Germany hasn't done much about Orban's tightening grip on power in Hungary, say Dempsey and Hardy.

But some German leaders refute this. "Excuse me when I say: this argument is very stupid. It can only come from think tankers, who are more tank than think," says Elmar Brok, who sits on the board of Merkel's Christian Democratic Union Party and is the former chairman of the European Parliament Committee on Foreign Affairs.

He says much of Orban's political strategy is to defend Hungary from what he deems as external enemies. "Do you think Orban would just give in because Germany is so big?" Brok says of the largest economy in the eurozone.

"I know Viktor Orban since 1988," says Brok. "I was the first person who brought him to Brussels," where the EU and its parliament are based. Back then, Orban was a liberal leader who advocated for democracy. But he changed over time, now advocating what he calls "illiberal democracy." Brok says the Hungarian leader used resentment toward the EU and weaponized it to remain in power. "It's a strategy: to be unpopular in Europe and to be blamed in order to win the elections," he says.

He says it is difficult to see a man he once considered a good friend go so far to betray Europe's democratic principles. There is a limit, however, to what the EU can do to stop Orban.

"When we call on such countries to go with the rule of law, then we can only use — on a European level — what our legal instruments give to us," he says.

For example, Article 7 of the EU treaty says it can suspend the voting rights of a member state that violates the bloc's core values. That requires a unanimous vote, but Brok says that Poland, whose governing party is also chipping away at its democratic institutions, would veto such a move. He adds he has worked to remove the veto rule to no avail.

Katalin Cseh, a member of European Parliament from the main opposition party in Hungary, says the EU's inability to act against Hungary and Poland means that more countries are now susceptible to anti-democratic political movements.

"We very often talk about Hungary and Poland, but there are very worrying signs elsewhere in Slovenia, in Bulgaria," Cseh says. "And if the EU does not take action to put an end to this, it can become a very contagious effect and the entire stability of the union could be undermined."

Cseh says there is still hope. At the end of last year, the EU adopted a mechanism to stop the flow of EU money to a member state violating the rule of law. If used against Hungary, it would cost the country billions of euros. Hungary is expected to challenge the new mechanism in court.

Last week, the Fidesz party withdrew from the European People's Party that dominates in European Parliament after the center-right bloc adopted a policy that allows it to expel entire parties.

Cseh says all this comes a decade too late, but it's better late than never.

Esme Nicholson contributed to this story from Berlin. 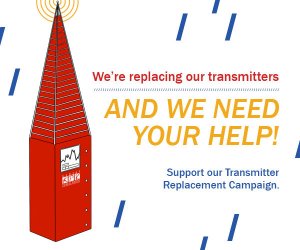