About the Show: Trail Mix

Trail Mix brings you the best in yesterday’s and today’s singer-songwriters, spiced with Americana, alternative country, folk-rock, bluegrass, traditional folk and Celtic music. From Bob Dylan and Joni Mitchell to Doc Watson and Alison Krauss, it’s all on Trail Mix.

Because there is a predominance of vocals, Bob spends a LOT of attention to putting sets together with songs that work well together in terms of topics, themes and styles.

There is special attention paid to artists with upcoming concerts in the region, and to new and recent releases. Additionally, Bob looks to play some well-known, “classic” artists like Joni Mitchell as well as more obscure gems from the past. In both Trail Mix and Jazz in the Night, he tries to make use of KPR’s great vinyl collection for some tracks that are hard to find but well worth hearing.

While comparing his duties as a jazz host to those of Trail Mix, Bob said, “To a much greater extent than in jazz, this is grassroots music with much of the best music on miniscule labels or else being self-released, so you really have to be proactive to find the best music to share with listeners!”

About the Host: Bob McWilliams 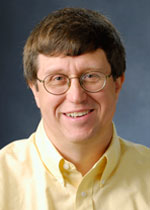 Bob McWilliams, who earned his B.A. and M.A. in history at the University of Kansas and his J.D. from Harvard Law School, far prefers radio to law.

He has hosted jazz programs on KANU and KPR since 1983, and became jazz director and Jazz in the Night’s host in 1996. He also did graduate work in jazz history with the late Dick Wright.

He co-hosted the Flint Hills Special for many years, and has produced and hosted Trail Mix since it began in 1994.

Somehow, he also finds time to be an avid reader of fiction and non-fiction, and indulges his news habit with three daily newspapers and numerous magazines. Bob also founded the non-profit West Side Folk concert series in Lawrence.